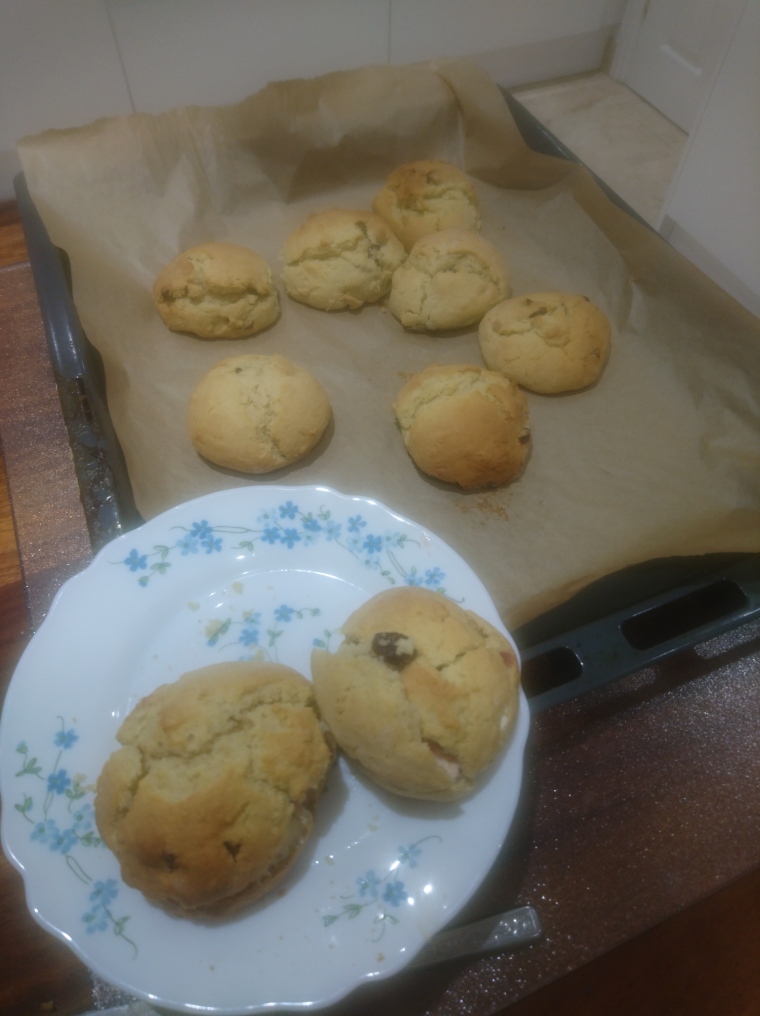 I am 30 days into my challenge to complete a full Olympic-distance triathlon every day for 100 days, that is one month, one whole month. By far the biggest milestone so far and I am absolutely overjoyed to have got this far.

The body is increasingly achey, although I am maintaining the times for each one (approx. 29mins for 1,500m swim, 1hr10mins for 40km cycle and 50mins for 10km run).

But this has to be the most significant milestone so far, that will only be beaten by the half way mark. So, as I promised myself early on, I will celebrate every fifth in some way, and today I made one of my favourite indulgences – scones with clotted cream and home-made jam (pictured above fresh from the oven and two applied with plenty of filling, they taste much better than they look and there are none left before you ask).

These scones have provided a small part of the energy I need each day, it is very high calorie consuming and immensely difficult challenge but I am doing this to see a fitting tribute to police officers and staff get built at the National Memorial Arboretum in Staffordshire.

Today I paid tribute to those who died on November 29, they are: