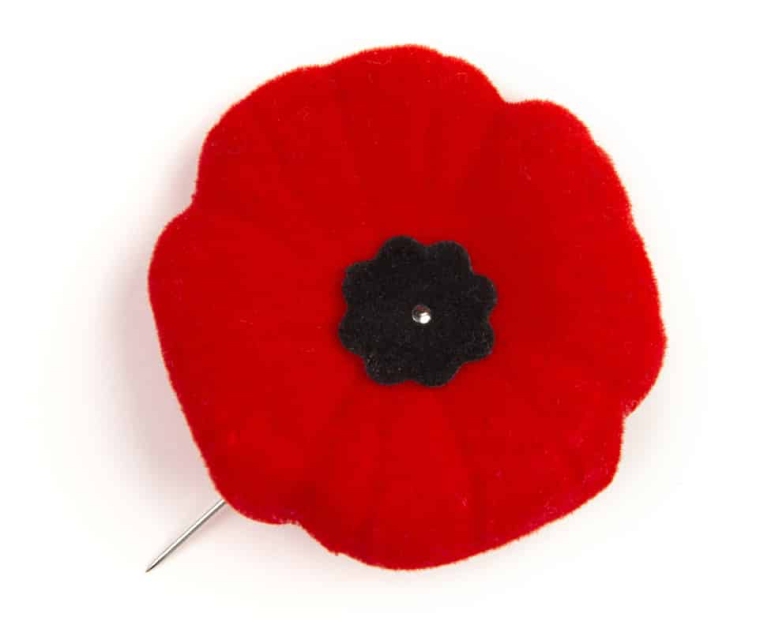 Today, Sunday November 11 – the 100th anniversary of the end of World War I – I paid tribute to the millions who died in what is called the Great War but was anything but great. Now there is so much more awareness of the mental as well as physical trauma caused by battle, how much those men and women who fought between 1914 and 1918 must have suffered.

It was a sombre day to complete my 12th consecutive day of Olympic-distance triathlons. I stopped cycling at 11am to observe and reflect during two minutes of silence, and to remember so may who gave their lives for our freedom.

And I passed so many displays of remembrance in every village or town, and even houses in the middle of nowhere were festooned with poppies.

But I also had my own battle with my body to face today, to pay tribute to fallen police officers and staff.

Yesterday, my left knee caused a huge amount of pain and concern so today was a fight to overcome this injury and get through another day.

It is a mental battle to control how to cycle and run and avoid pain when injured. The cycle was easier but a very low power ride. The run was then the big test.

I started very slowly, trying to run in a way that did not hurt. After about 500 metres though, the pain was so bad I was doing a combination of limping, hopping and then walking for a few seconds. Then running slowly again. After a kilometre I was able to maintain a slow speed, when I have managed a range of 4.30 to 5.40 per kilometre in previous runs, all I could manage now was 6.47, but I was just grateful to be able to continue.

After 2km, I was able to slowly, very slowly, increase the pace. I finished in over 57 minutes, the slowest I have ever run 10km. But I am so pleased to have finished and see another day.

The reason I am completing this challenge to do 100 Olympic-distance triathlons on 100 consecutive days is to raise awareness of and money for the building of a fitting tribute to fallen police officers and staff at the National Memorial Arboretum.

On November 11, the following officers died to protect us and ensure we can see many more days:

Please help get this memorial built, remember these officers and say a big ‘Thank you’ to all officers and staff who continue to put themselves in danger so we can see another day.